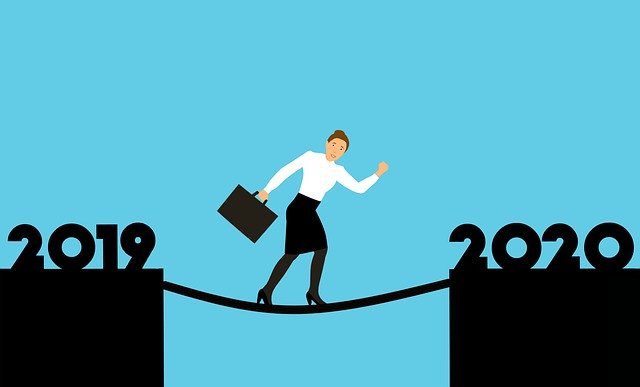 Another but not just another New Year’s message

It seems 2019 was the stepping stone for something big to come. Be it political in special, for humanity in broad and for development in direction.

2019 was the year of shifting’s. What people fought for in Europe for centuries is shifting to a direction that is a form of fascism, deluding people, as it does not use the methods of history. Whereby Asia is climbing fast and rapid to a modern and mostly open society; exceptions to the way of course.

Europe has shifted in many countries from the educated and wise political heads to uneducated, real populist main stream puppets, declaring the left to the new center and absurdities and unnatural or unproven experiments to facts.

2020 will face a challenge to the naturalists, on-religious and the freedom thinkers, as politics again works as it always did best; hand in hand with religion, fitting my old statement: Politics reaches your door step, and religion into your bedroom.

A dump society is better to lead than an educated one, and the youth is best to manipulate than the enlightened elders. The proof lies in the absurdity of our vocabulary used nowadays. Racism is used where there is no racism, or racism is voiced, but excluded from racism. Religion can be criticized, but not all of them. Tolerance and openness is positively promoted, but then sucked into absurdity through bowing to the most intolerant societies and religions on earth. And money is no longer made through hard work, but through taxes, and even taxes on what builds on lies and fake threats.

And the people are silent or they shout “muh muh” like cows on the field. That people want that good feeling without asking questions, is because of the fear of exclusion and the dark.

George Orwell:” The mood of the hopeless about the future of man is in marked contrast to one of the most fundamental features of Western thought: the faith in human progress and in man’s capacity to create a world of justice and peace.”

And as absurd this is, as much as it is nice in a world of utopia and without being egocentric or narcissistic, it holds a huge lie, that we can only be aware of when we have experienced the world and the different cultures and people we can experience on the globe.

Orwell:” …doublethink. Doublethink means the power of holding two contradictory beliefs in one’s mind simultaneously, and accepting both of them.”

The danger of the new century is automation, the loss of love for what is near, the loss of history and the loss of identity. Mass indoctrination and mainstreaming; the blind fellowship to follow even down the cliff.

There is nothing wrong to be proud of one’s personal achievements, one’s history, one’s heritage and identity.

The result of a colorful world, the self-declared mainstream draw on their banner, but in reality, don’t want, is not by forcefully mixing up what doesn’t belong, but by respecting and honoring the differences and colors at each place of belonging. The biggest respect can only be given, by letting people in their place, by joining who we decide to join with, and to protect ourselves from the ones who want to force their system on us.

Everywhere colonialism is condemned, but it is flourishing more than ever, just in a different way. The most successful post colonialism has been practiced by religion. Many countries were colonialized by the former West, they were kicked out after hundreds of years, but the religion they brought along remained and is worshipped as if it had nothing to do with who brought it there. It was and is as alien as their couriers.

The USA does it through its imperialism, holding the strongest military world-wide. The EU does it through denationalizing and centralism, hence self-destruction and reverse racism. Religion does it through placing the imaginary leader, playing with fear and reward, and missioning.

2020 will be more than important for people to open their eyes, to look at the nations that have developed and are at peace; hence not to be fooled and to be de-educated. Luckily is the group of non-religious still the third largest world-wide, and it is our hope that those people will at least be able to create a balance and barrier to the rising dictates.

I wish all of you a prosper and healthy 2020. Cheers to reason and let questions never run out.