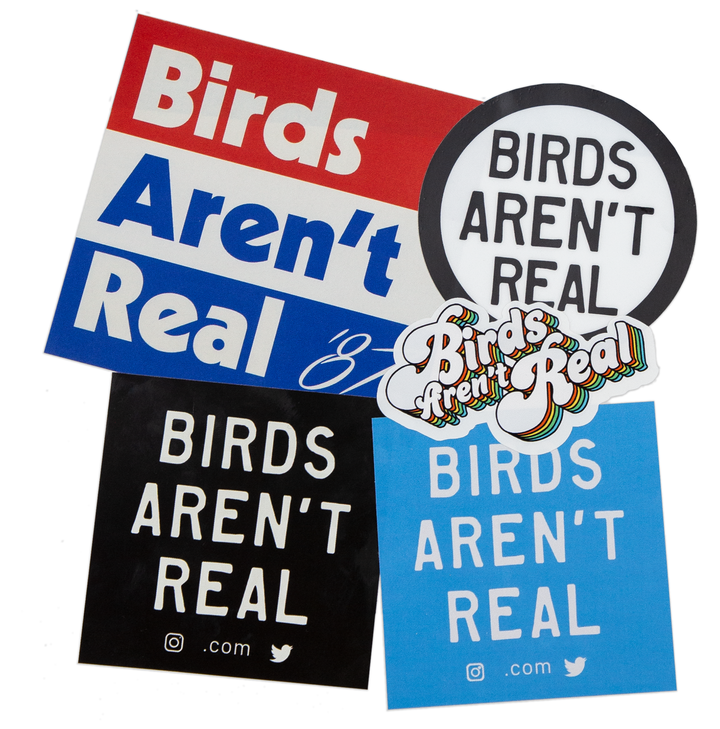 The moment you realize that there is more absurdity around the net next to the flat earthenist people.

Here now a group and website that claims: Birds are not real.

And where do most conspiracy theories and absurd claims come from? Yes mostly from the USA! Well okay the lock ness monster was from Scotland.

"In a stolen transcript from an ex-CIA deputy, she says,” yeah, the higher ups were so annoyed that birds had been dropping fecal matter on their car windows that they vowed to wipe out every single flying feathered creature in North America.”

In this meeting they sought to kill two birds with one stone and remove all birds from the United States (thus eliminating their fecal problem), but also replacing these birds with billions of sophisticated robot look a likes- capable of mimicking real birds in every way. Dulles and his team wanted to create the greatest surveillance system ever imagined, with the capability of tracking someone on foot, in a vehicle, or even in their personal home."

So birds land on electric wires to recharge their batteries inside too.

Copyright of the picture lies with birdsarentreal.com