Footnote: The following statements fall under freedom of expression and freedom of opinion and philosophical approaches. It is for the reader to form his or her own opinion! 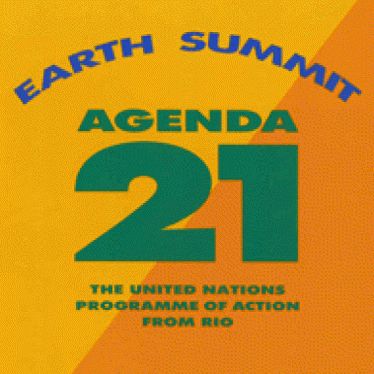 The Agenda 21 is set up to control all global resources, speed up de-industrialisation and the destroying of Sovereign Nation States, and finally controlling population through UN policy and military forces and massively depopulate.

The 2030 Agenda for Sustainable Development is a document that has been accepted by ALL 193 member nations.

The 17 “Sustainable Development Goals” in the official document mainly serve as the composition for global socialism and corporatism.

One goal calls on the UN, national governments, and every person on planet Earth to “reduce inequality within and among countries” which can only be achieved “if wealth is shared and income inequality is addressed.”

“The new agenda is a promise by leaders to all people everywhere. It is a universal, integrated and transformative vision for a better world.”

The initial target of the UN’s plan is to make children make transform into an army of “agents of change” (Greta Thunberg?):

“Children and young women and men are critical agents of change and will find in the new Goals a platform to channel their infinite capacities for activism into the creation of a better world.”

The Pope as leader of many blind followers supports the scheme too:

“The adoption of the 2030 Agenda for Sustainable Development at the World Summit, which opens today, is an important sign of hope.”

Please read both booklets published by the UN as free download: