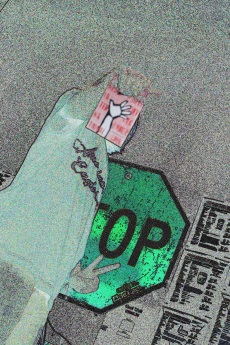 The true and twisted definition of Human Rights

The organization of Islamic cooperation is composed of 56 States of which Islam is embraced and used as the state religion. This cooperation is entitled to represent the so called Islamic world. From the beginning on, Afghanistan, Iran, Yemen, Kuwait, Libya, Pakistan, Sudan and Turkey. After the collapse of the Soviet Union states as Kazakhstan, Kirghistan, Uzbekistan joined the organization.

Wikipedia: “The Cairo Declaration on Human Rights in Islam (CDHRI) http://www.oic-oci.org/english/article/human.htm is a declaration of the member states of the Organization of the Islamic Conference adopted in Cairo, Egypt, in 1990,which provides an overview on the Islamic perspective on human rights, and affirms Islamic sharia as its sole source. CDHRI declares its purpose to be "general guidance for Member States [of the OIC] in the field of human rights".

This declaration is widely acknowledged as an Islamic response to the United Nations' Universal Declaration of Human Rights (UDHR) http://www.un.org/en/documents/udhr/ , adopted in 1948. It guarantees many of the same rights as the UDHR (cf. liberal Islam), while at the same time reaffirming the inequalities inherent in Islamic law and tradition in terms of religion, gender, sexuality, political rights, and other aspects of contemporary society at odds with Islamic law and traditions.”

The “ Islamic perspective on Human Rights” is somehow the first sentence striking ones eyes. It is an indication that in their view, Human Rights can be limited and twisted to the Islamic stance or interpretation, making the Sharia a basis for all. Like; you can enjoy freedom of speech, but not if it ridicules the so called prophet Mohamed, hence blasphemy. In Article 22(a) of the Declaration it underlines that saying: "Everyone shall have the right to express his opinion freely in such manner as would not be contrary to the principles of the Sharia."

Further; article 10 of the Declaration writes: "Islam is the religion of unspoiled nature. It is prohibited to exercise any form of compulsion on man or to exploit his poverty or ignorance in order to convert him to another religion or to atheism." , concluding that Atheism or religions other than Islam cannot enjoy Human Rights or equal rights.

The first article has another tricky statement: "All men are equal in terms of basic human dignity and forbids discrimination on the basis of race, color, language, belief, sex, religion, political affiliation, social status or other considerations". Interestingly we can see the phrase "human dignity" and not "human rights", which gives the sentence another unnatural twist in the favor or Islam.

Politicians of Tehran, Ankara and Islamabad have claimed, that also in their countries Human Rights are exercised.

“If homosexuals are hanged, and adulterers are stoned, there are no violations of Human Rights, as these punishments are executed accordingly to the Sharia law.”

The Cairo Declaration on Human Rights in Islam (CDHRI) hence states, that only this declaration is the valid source of explaining Human Rights. It is therefor prohibited to hurt the dignity of the prophet and to counter or divide the ethnic and moral values of society, even to just attempt to weaken their belief system.

That type of declaration is therefor nothing more or less than an implementation Regulation of the Sharia.

The same as with the national socialists before, it is till today embarrassing for socialists, because that system discredited socialism in its original idea and ideology. Nowadays we have the so called Islamists and the moderate Islam or common Muslims. Possible that Islamism, with its ugly faces, represented by ISIS, Boko Haram and Al-Queda, represents the horrific and extreme side of Islam, the true problem remains yet with the true identity behind those masks, the daily life of the moderate Muslim societies, where on daily basis, and not constantly shown in the press, like the extremists are, peoples are flogged, whipped and hung for just who they are, hence homosexuals, because of personal choices, hence adultery and apostasy.

But that is exactly the intention and value of universal Human Rights, as it stands above culture and religion, serving Humans and Humans only... Flesh and blood, not religious ideas and political ideologies.

Let me yet finally mild the entire pointing at Islam down, by pointing out, that also Christianity violates nowadays where it can, see Uganda for example. In Europe it has evolved to fit into the secular system, trying to stay alive through compromise. But also here, the ugly reality lays behind the mask, only that the mask has become transparent, leading to a massive signing out of church movement in Europe.