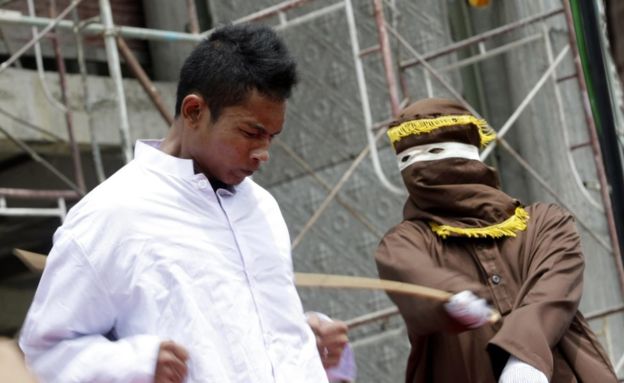 Indonesia: Another case of religion poisons everything

On May 17 2017, we could read that a Sharia court in Indonesia’s Aceh province had sentenced two men for having gay sex. The court found, that for violating Islamic laws, each will receive 85 lashes. The couple was found in bed together. Aged 20 and 23, they were clearly adults and in a full age of consent. Yet in regards to sex, ad many other parts of Islam, adult humans are treated like children, or worse people without biology and right to decide about their life.

Although gay sex is not (yet) illegal in the rest of Indonesia, Aceh is the only province following strict Sharia laws. Aceh has become increasingly conservative in recent years. Strict laws against homosexuality were passed in 2014 and came into effect the following year.

According to the BBC article in the latter link: "The law is to safeguard human dignity. It is to protect Aceh's Muslims from committing immoral acts," provincial Sharia chief Syahrizal Abbas told the AFP news agency.

How can a consent natural fact even be immoral?! The only, if ever to use the term immoral act would be that of religions unnatural laws and regulations!

According to the AFP news agency, Judge Khairil Jamal told the court: The men had been "proven legally and convincingly guilty of committing gay sex." 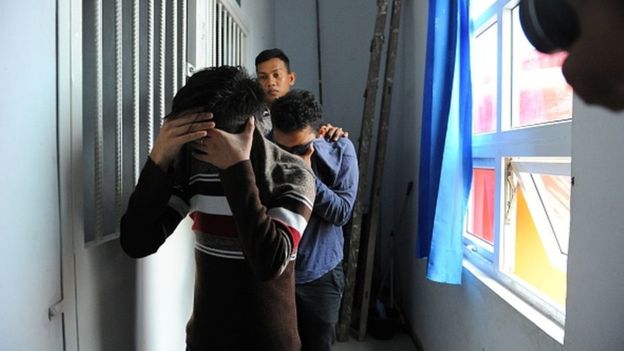 Punishments include caning and imprisonment, but not stoning, as we can now find in the Asian country of Brunei.

Punishing members of the LGBT community is the real act against nature and kicks all aspects of Human Rights. Using a belief system, hence an unfounded mindset without reason, is the biggest crime committed against humanity since its existence; it is wounding nature in the name of a religion.

Islamic laws, again proves to be incompatible with the values of the free world, developing and democratic systems.