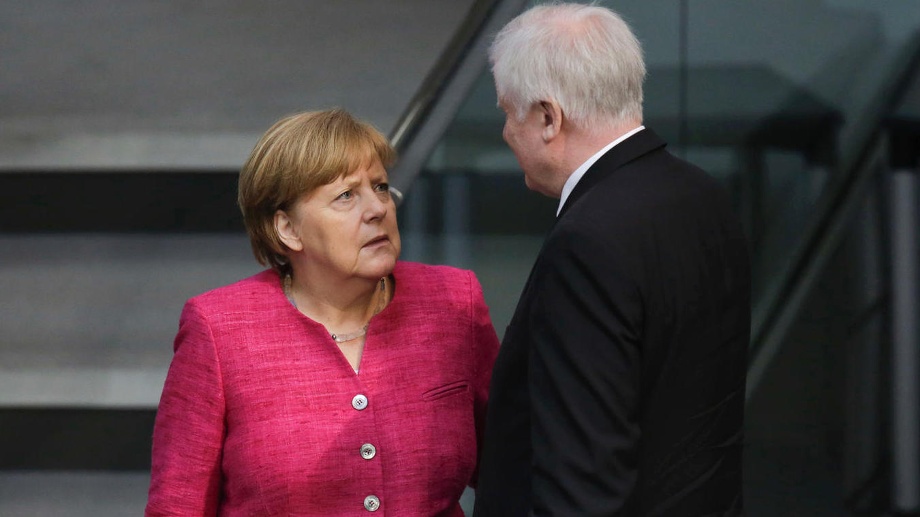 Europe is awakening from its fake beauty sleep.

Bundestag (German parliament) President Wolfgang Schäuble has sharply reprimanded the AfD Group and the deputy Thomas Seitz for a minute silence in the case of Susanna. (Susanna was a 14 year old girl who was raped and killed by a Muslim illegal migrant from the middle east. One source: https://voiceofeurope.com/2018/06/iraqi-asylum-seeker-admits-he-murdered-the-14-year-old-german-teen-susanna/) "A single member of parliament may not collect the Bundestag by an arbitrary call for a minute of silence for its purposes," said Schäuble on Thursday in the Bundestag. He urged that democratic rules be observed, and no hatred be encouraged. We ask ourselves what keeping a minute silence for a rape and murder victim has to do with hatred.

Seitz told last Friday in his parliament speaking time, that he had dedicaded to give his speaking time for the killed Susanna. The 14-year-old girl was found dead in Wiesbaden a few days ago. Seitz had been demonstratively silent with reference to Susanna - together with the deputies of his faction, some of which rose from their seats.

Whist this seems to be a winning step for the so called main stream governments again, we can observe European countries standing up to take measures. Austria wants to set an end to the illegal influx, which Hungary has already started longer before. Italy stops illegal migrants from docking their harbor for the first time and after the election of a new right wing government. Source: https://www.t-online.de/nachrichten/ausland/krisen/id_83933504/nach-aquarius-abweisung-erneut-sitzen-fluechtlinge-im-mittelmeer-fest.html

Outside Europe, but with huge influence, Trump shakes the G7 summit, by refusing a common communique and the wish to have Russia back, which also Italy supports.

In Germany, Merkel and the CSU are on confrontation course, with the sister party CSU of Bavaria demanding a national handle to send the refugees away, following the example of Austria or France. In reaction, the Chancellor wants now not only in two weeks, but faster to seek a European agreement. That sounds like a Merkel compromise, not a national agreement, as her time is over. We must note, that this new hardline stance comes from the fact that the AfD party is in the Bundestag and there are elections ahead in Bavaria. Maybe the CSU is finding back to their routes and is no longer willing to bow before Merkel over and over again.

Recent media reports have also pointed to barely manageable disagreements, possibly including personal rollout. For example, the "Welt am Sonntag" reported that Mr. Seehofer (Interior Minister) questioned the CSU's internal future cooperation with Merkel. "I cannot work with the woman anymore," he is claimed to have said twice.

State Secretary Günter Krings of the CDU warned about a break between CDU and CSU in the Bundestag with reference to a similar process more than 40 years ago. That time both parties were in opposition. "A Bundestag in which the CDU is in the government, and the CSU in the opposition, is something nobody likes to seriously imagine," said Krings.

There is a hope that the hopeless EU as it is may still see a chance to fall into a Europe of national states with national souverain status and the defense of its culture, identity and freedom. European projects can still be done, and all European countries will be happy to work together, but without external interference on national level from Brussels. The secular Europe it has fought for over decades may be saved from the influx of the most non-democratic and totalitarian and human rights abusing system through its blind followers.

Meanwhile in The Netherlands, Geert Wilders has got the green light from parliament to organize a "Mohammed cartoon" competition in the name of freedom and expression. The goal is to have as many cartoonists as possible make cartoons about the founder of Islam. We may see angry Muslims threaten the House of Representatives, and possibly set fire to embassies and consulates of the Netherlands in the Middle East. These expected outbursts only come from Islam, showing again how incompatible it is, because Europeans can draw any other religious figure without fearing for their life and health. Europe went already through decades of Christian terror; it doesn’t need another religious dark age again.