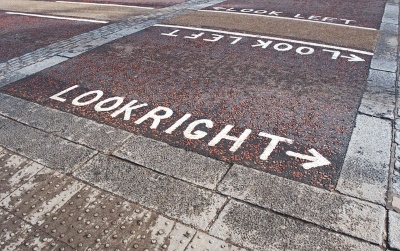 Why Humanism is not a left wing exclusiveness

Humanism is an outlook or system of thought attaching prime importance to human rather than divine or supernatural matters. Humanists stress the potential value and goodness of human beings, emphasize common human needs, and seek solely rational ways of solving human problems.

This introduction already shows that Humanism is apolitical, and more an opposite to religion.

Nowadays we yet can observe the Humanist movement attaching itself to the left wing politics, just like religion used to attach itself to politics long ago. Whilst the Left is accusing the right to be the section of religious politics, the left is no longer as free of it as it was temporally several decades ago. The left wing politicians can be found religions, either Christian and even Muslim, with rising tendency in our 21st century.

The German social democratic party i.e. is one of the oldest present political organisations in the country, so couldn't we call it conservative too, or even progressive when it changes to liberal views of present days, contradicting former founding values of the party?

Whilst Atheists are the fastest growing group on earth, forming the third largest belonging, most of them are also counted in as Humanists. But definitely, not all Atheists are politically left. This indeed is the danger and conflict of this group, as people don't want to be identified politically, the way they are in terms of belief, or here better non-belief.

Looking at the present political situation in Europe, its more than evidential, that Humanism should not be politicised. The way the leftists do this, is rather harmful for the movement and the cause, executing a separation and split within its members.

Let me underline this with an example:

The left is presently supporting the Islamic influx, nodding to all special rights given, money spent and even turning a blind eye on human rights abuses committed by this special interest group of Islam (Child marriage, attacks on LGBT people and suppression of woman). All for the cause of not offending Muslims and Islam.

The left calls this humanist.

On the other side, we can see the national citizens being deprived of freedom of speech, when it comes to criticising Islam, receiving less social welfare than the ones coming from outside, and being confronted with different measures of justice. Where is humanism towards its citizens and the protection of human rights for woman and LGBT's being offended by Islam?

Freedom of speech and expression is a value the left and humanist organisations portray as their achievement, yet fail when it comes to the ones that criticise them. They offend Christianity but fear to offend Islam. They call criticism of Islam racist, whilst Islam is no race; but offending Christianity is not racist?

Both religions come from the desert of the middle east, hence have the same origin. So shouldn't one either be against both as a non religious and humanist? Cause humanist values are not the strongest in both religions.

Humanism is clearly incompatible with religious doctrine, the how come certain left wing humanist have started supporting certain religions? Humanism can figure moral issues out itself, through reason and science. Rational critique, debate, and dialogue are essential to figuring out how we should live. It is a problem when anyone from the left wing tries to derail a serious discussion or tries to automatically exclude someone from a conversation or organisation, just for disagreeing with them. Basically, there is no room for faith demagoguery in Humanism. This is why Humanists should embrace critical thinking and logic as core value and be able to identify biases when someone is going off the rails of reason. The conclusions we come to should not be based on political identities.

The European left wing parties always try to tell the public with what they did for humanity, whilst the center or right has silently achieved foundations that underline humanism as a part of its approach.

Geert Wilders, the leader of the Dutch PVV (Freedom Party) points out the threats of the Islamisation of Europe, and poses to women’s rights and LGBT rights.

Of course the left has achieved human rights laws, but the issue is, that they have lost their path, by supporting groups and organisations that don't share humanist values and oppose all equality and human rights achievements made over decades. They have created a bad and good labelling, and therefore are dividing people from the apolitical group of humanists, atheists or agnostics, by declaring the group of non believers exclusive left wing. They have succeeded in twisting peoples minds by suddenly making compatible what is naturally not, in form of LGBT people supporting Islam, woman supporting suppressing dress codes and the separation of men and woman during swim classes i.e.

In short: If you are not agreeing to that, you're out!

Atheists and Humanists surely like to talk about building a better world for its inhabitants, but the shared godlessness does not mean they must also agree on how to best achieve it politically!