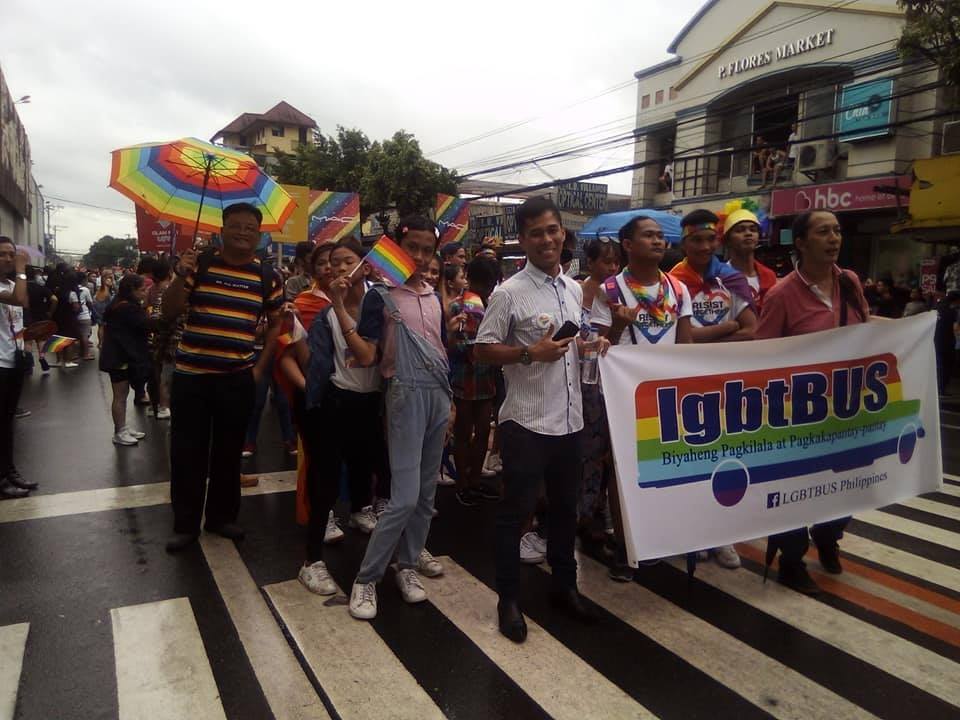 Commemorating the LGBTQ Pride in 2019

Attending the annual Lesbian Gay Bisexual Transgender and Queer (LGBTQ) pride march is surely one of the most rewarding achievements any LGBTQ fellow can fulfill. This year’s festivities were made so special by the fact that it honored the 50th annual commemoration of the Stonewall Inn riot in New York, a revolt that resulted, as a response, to the unjust raids executed by the police against the LGBTQ patrons of that bar in June 28 of 1969. This year’s Metro Manila event, which took place in the city of Marikina, commemorated the 26th LGBT Pride March of Metro Manila, the first one of its kind in Asia. This was the third year that Marikina City hosted the event.

I initially thought that I was not going to be able to attend this year’s LGBTQ Pride March because of my work commitments. But recent news happenings encouraged me to give this year’s LGBTQ Pride March a significant importance.  The first of these news happenings is the suggestion of the Philippine President Rodrigo Duterte that being gay is a disease during a speech that he gave on May 30 this year.  And the second news happening that really inspired me to participate in the march is the recent legalization of Same Sex Marriage in Taiwan. So, I decided that I would go to Marikina on June 29 of 2019 and attend even a little part of the festivities before going to work on that same night.

It took me three hours to travel from my home in Taguig to Marikina on that rainy Saturday. The most grueling part of my travel was the non-movement of road traffic during the last hour of my trip towards my destination. The Pride March had already commenced at 4PM at the Marikina Sports Stadium when I was still in a taxi cab, and I saw other LGBTQ fellows, as indicated by their rainbow-colored outfits, walking the street trying to catch the parade. So, I decided to walk the last kilometer of Bonifacio Avenue as the traffic officers already blocked the road to give way for the parade. I felt relieved when I was about to cross the Marikina Bridge because I haven’t seen the parade yet, the parade usually would pass along the Marikina Riverbank underneath the bridge. And after turning right on Shoe Avenue, there I saw the parade about to turn left to where I came from. I only participated in the parade just along the Bonifacio Avenue and exited the parade the moment the participants turned left towards the Marikina River riverbank. My participation in this year’s LGBTQ Pride March may be small, but for me, I felt that my support for my fellow LGBTQs is as big as my love for the LGBTQ advocacy.

The 2019 Metro Manila Pride March was an overwhelming success indeed. This year's theme, “Resist Together”, encouraged supporters to fight all kinds of discrimination against the members (LGBTQ) community. And the support was truly overflowing, as ABSCBN website reported that there were 70,000 advocates who supported the cause. And the celebration will become bigger and more festive in the years coming, making the treatment towards the LGBTQ community   better in the future because of this advocacy. No heavy traffic, nor rain will stop the LGBTQ Metro Manila community from celebrating the LGBTQ Pride with the world.

My sister Jeannie, also a fellow LGBTQ, was given an opportunity to travel to New York to participate in celebrating the 50th annual commemoration of the Stonewall riots. I was so happy for her that she was given that chance to be there in the place where it all started. Her participation in the Pride March in New York will bring me closer to Stonewall by heart.

The quest for equality is never going to end until all LGBTQs around the world will obtain one. And wherever we are around the world, be it in Stonewall Inn in New York or in Marikina City, or even online, any form of support to the LGBTQ advocacy is important in changing the society’s perspective towards the LGBTQs. And things will become better, I know it will.

Note: ARose thanks Roderick Tubil for this article, as Thomas Fleckner could not attend the Pride March this year.