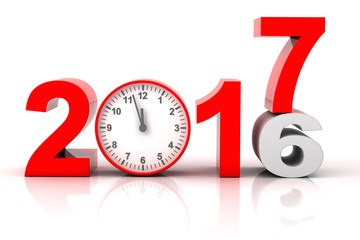 Music is a huge part of peoples life. They may listen to it, they may sing or they may play an instrument; the least give it to us as professionals.

David Bowie died on January 10 2016, after an 18 month fight with cancer. On January 18, Glenn Frey was the next, followed by Paul Kantner of January 28. He was one of the musicians who played at the legendary Woodstock festival in 1969.  On February 4, Maurice White died of Pakinson. On the 11th of march Keith Emerson steps out of life, and on march 22 Phife Dawg. April 6 was the death day of Merle Haggard. As the year went on pop-star Price died of an overdoses fentanyl on April 21. Heading towards the end of the year, death stroke Leonard Cohen on September 21 and Sharon Jones on November 18. Greg Lake died on December 7. On December 24, Rick Parfitt, the Status Quo guitar player died, followed shortly after by George Michael, who only became 53 years old.

Although George Michael came out late as a gay man, he was held as an LGBT icon. George Michael established a relationship with Anselmo Feleppa, a Brazilian dress designer, whom he had met at the 1991 concert Rock in Rio. Six months into their relationship, Feleppa discovered that he had HIV. Michael later said: "It was terrifying news. I thought I could have the disease too. I couldn't go through it with my family because I didn't know how to share it with them – they didn't even know I was gay." In 1993, Feleppa died of an AIDS-related brain haemorrhage.

We all know that at weddings music takes its role too. 2016 was another year of a same sex marriage approval. On April 28, 2016, Colombia became the fourth country in South America to legalize same sex marriage, following Argentina, Uruguay and Brazil. The Constitutional Court, ruled by majority vote, that “all people are free to choose independently to start a family in keeping with their sexual orientation … receiving equal treatment under the constitution and the law.”

In The Philippines, lgbtBUS was able, with support of the Mayor of Marikina City, to organise and run its first ever Pride March.

PATAS was able to form a new lead, changing the entire old officers with new and younger ones. Only Regie Pasion and Thomas Fleckner have promised their full background support and advisory to the new lead, without being PATAS officers any more. lgbtBUS was also able to offer the new PATAS an office for FREE, that would also hold the PATAS library. For a developing group, this was a huge relief financially. Ms Marianne Cis, is also committed to support the LGBT wing of PATAS, BATAS, as a non official volunteer.

The year 2016 was truly a year of changes, where patience and certain goals were surely met.

We are democracy! ?
Saturday, 16 December 2017
We are democracy! ?   The AfD presents in the Bundestag an application for complete border protection and rejection of the present uncontrolled influx of migrants. Under a huge verbal... MOD_GLOBALNEWS_READ_MORE_TITLE

Pascal’s Wager: Is it Your Best Bet?
Thursday, 15 August 2013
The Wager.   “What if you’re wrong?” It’s a common question theists ask to non-believers.  What if you’re wrong and god exists and sends you to hell for your non belief?... MOD_GLOBALNEWS_READ_MORE_TITLE