Thank you for coming to the SOGIE, Sexual Orientation and... MOD_GLOBALNEWS_READ_MORE_TITLE 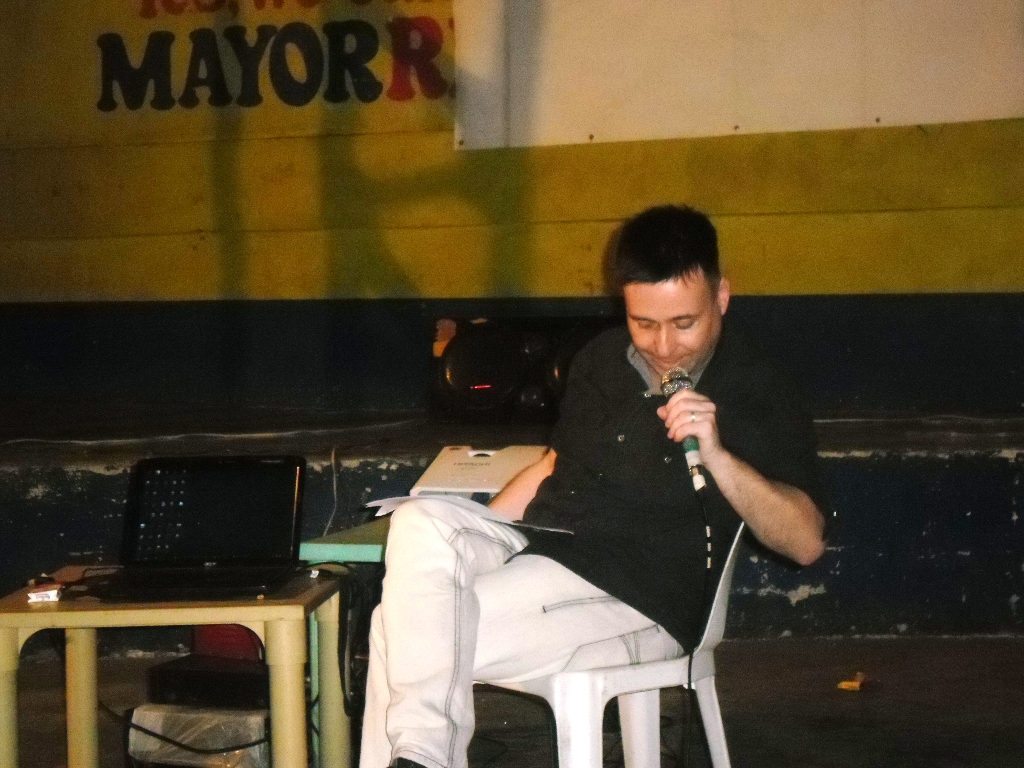 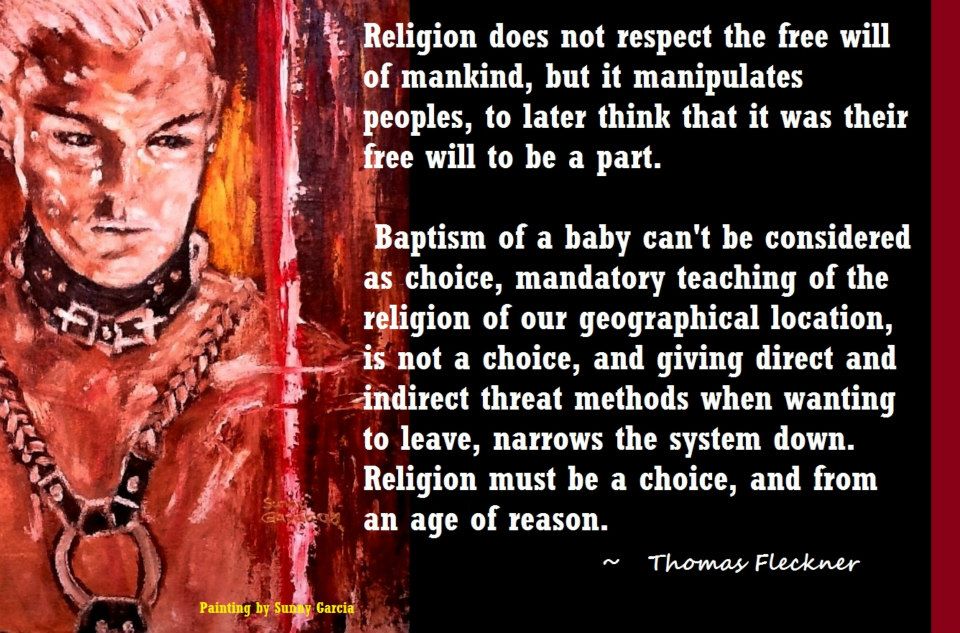 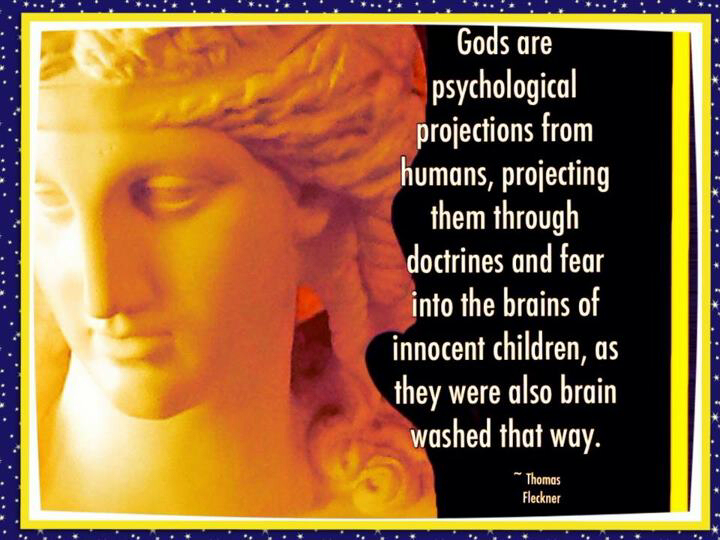 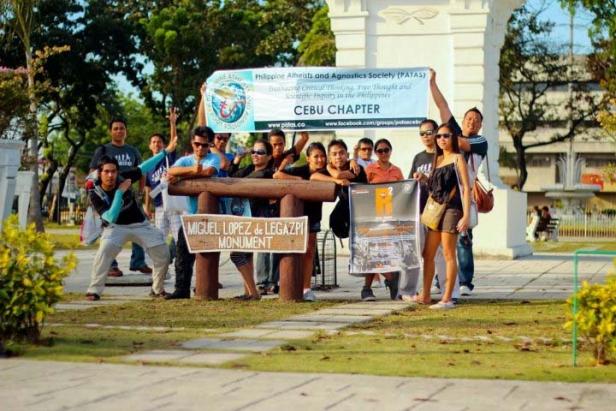 Education through the Internet, economic recovery and international networking: The Philippine society is on the rise, says Thomas Fleckner, formerly a member of the Humanist Association in Osnabrück. Since April, he has been the Vice President of the Philippine organisation PATAS (Philippine Atheists and Agnostics Society) to help and organize the secular movement in Asia.

This year is the First Asian Humanist Convention, beginning on the 21st of June in Cebu, Philippines. What is the reason for this event?

Well, the youth forms a large social group in the Philippines. Better education and access to international media has made them get up from past times. The Church here has a huge impact in schools and in politics. But many people no longer want to rely on religion, or even at all. And so, here goes the clamor for a secular state, a clear separation of church and state, better education, the right to family planning and strengthening the rights of gays and lesbians.

In what way exactly did it start? How to organize the non-believers? Organize them at all?

The non-religious movement has found its new start in two places: on the other hand, certain groups within universities, such as UP (University of The Philippines) were formed. They describe themselves as "atheist circles". Also today, many Filipinos abroad have thereby learned about secular states. Marissa Torres Langseth is one of those people. She lives in the U.S. who founded the Philippine Atheists and Agnostics Society or PATAS, the Society of Filipino atheists and agnostics in her home country, Philippines. General education is better, as it is possible and a big factor particularly through the use of the Internet.

Just before "the church" was mentioned, how do non religious worldviews spread in The Philippines? The official figures say that the vast majority of the society belongs to the Roman Catholic Church, and there are still various religious minorities.

The official figures, the statistics are therefore not correct. I venture this statement, since the Philippines has no "church resignation form" in their government offices. When a child is baptized and does not want to be in church later, this person can only stay away from this organization. The situation is exacerbated by the fact that children are not baptized and not even accepted in many schools and universities. This makes it difficult for parents of most atheistic families. You have to lie to them in order to have access to certain schools, or be satisfied with the few exceptions

The influence still seems to be even more significant. Vatican Radio reported on Friday about half a million people who demonstrated against the decision taken last December approval of contraception and abortion. What is the society currently doing about this?

The society is on the move I would say. Women and LGBT fight for more rights, including the youth moving more against the ossified system of church influence. However, there are still many young people who run along with the church. But since the country is on the rise and more young people have work and can therefore support their families, they find it easier to go their own way and live a freer life. Importantly, although the Catholic Church is strong here, the Philippines is still a democratic state.

What role does religion play in everyday life because of the people specifically?

Religion plays a huge role in the faithful and this influence is hard to miss. First, we noticed the place of religion in everyday vocabulary. Much is attributed to God, whether there is success in school, recovery from an illness or just having drunken water. The churches are often visited not only on Sundays but any day of the week. Religious holidays are not just the time for a little holiday, but days where the churches are an integral part of the activities of the day. Believers carry their "God" and "Jesus" with them everywhere. Religious symbols such as crosses, Jesus mini statues, Mary figures stand, and hanging rosaries in taxi cabs, cars, buses, jeepneys, etc are substantially found everywhere.

What tasks and goals in such a situation this humanist conference had set forth?

The first objective is to strengthen the atheists, agnostics and humanists in the country and to give them support. The conference is the first day of a "workshop" conducted, should be supported and taught to the activists because it is important to assist the many people who have not gone off themselves as atheists on a tangent. We can compare this with the "coming out" as gay or lesbian, for example. Many atheists go, for the sake of their family, still to the church.

Quote ” In the design of our plans for the future, we cannot look only in our immediate environment, or at most to all of Germany, but we should also think of the humanist indoor and humanists in the many countries where the ideals of humanism and the Enlightenment even less are realized than in this country” - Frieder Otto Wolf, President of the Humanist Association of Germany, in a speech to mark the 20th anniversary of the Federation on 14 January 2013

And so, these deeds highlight that you can show your family and friends that you can lead a life with joy, morality and meaning as a godless man. Through this positive role model, it is also easier to take this course for other skeptics, because he or she sees that there is another way.

This conference aims to cater to the needs not only of Filipinos but of the entire Asian region, furthermore, as already mentioned, women, children, LGBT to be motivated to fight for more rights. The existence of atheists, agnostics and humanists cannot be ignored by the public and the policy. The press is invited to the conference. It should demonstrate that non-religious people, not Satanists or "demons" - an unfortunately too often drawn comparison in this country, are not evil.

Are there other forms of discrimination or persecution of non-religious people in the Philippines, like something by strict laws against "blasphemy" of religion and criticism of the church?

The churches have tried to enforce relevant laws, but neither of which prospered, so far. There is a freedom to say anything which falls under the ‘freedom of speech and expression’. In society, there’s often very strong discrimination against non-religious people. Once deconverted, families may even violate their child, because this is then designated as the "work of the devil" or "demon". Some companies deprive the non-religious people of their rights to be employed. I would say that discrimination is present mainly in the private sector.

And how are the people from the LGBT group?

LGBT people experience a conflicting situation. On the other hand, the Philippines consists mainly of gays and lesbians, bisexuals and transgender who are fairly given proper respect and equal rights in the Philippines, except that the legislation for same-sex marriage still remains as a divisive contention to many. Celebrities fly out of the closet openly on television.
In contrast, we draw influential stir towards the Catholic Church and other religious groups. Often, the LGBT therefore seek out to be the main breadwinner of the family because, if they bring in substantial money, they can be accepted by the entire clan. LGBT people are, in fact, generally accepted, but the coexistence of two men or women is frowned upon. Discrimination can also be felt in the labor force. Many companies do not hire LGBT people. Therefore, one finds gays and lesbians, for example, usually only in call centers, beauty salons, hair salons and in show businesses and theater. The so-called "bullying" takes place mainly in schools, on the streets and in communities.

Theory of evolution is still an important issue from a humanistic point of view: What is the situation here in the Philippine society? What do people believe about how things are created, where they come from and where they go?

Here, creationist theories are taught and disseminated. However, the Catholic Church has understood that they cannot escape the topic of evolution. Catholic schools teach evolutionism factors, such as when it comes to dinosaurs. Thus, the international standard is to be maintained, but because even in the universities, the subject "Christianity" is a compulsory subject, the origin of life is simply explained by creationist teachings. The belief is that God has given people's lives and that man comes back to God when he dies. The idea of hell is still often lived as a fact and not just as a symbolic idea. Museums such as the "Mind Museum" in Global City Manila belong here rather to the educational and trendsetters to educate the visitors.

How are the secular and non-religious people networked together? Rather well or rather terribly? Do they tend to organize themselves or are there similar phenomena as in the western world?

The Philippines is among the countries where Facebook is most common. Social media networking is a very important factor. Since the Philippines is a country of 7,107 islands, personal meetings are a challenge, because long ways with ferries or airplanes must be bridged. Therefore PATAS have a number of regional quarters, in which members in different places can come together. Filipinos are people who really like making groups, in community things to do, and like to talk. 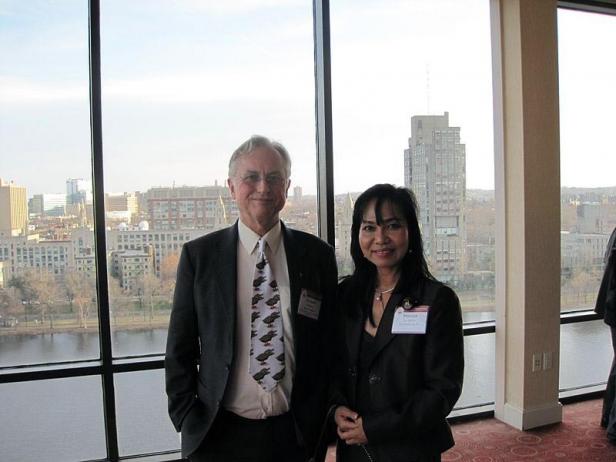 Marissa Torres Langseth, who now lives in the United States, founded PATAS. You are a vice president of PATAS. Is there any support system or cooperation at international level?

Our very recent connection we have is with the IHEYO, the youth organization of the IHEU. This has made this convention possible. Furthermore, we cooperate with IHEU and the Atheist Alliance International and the American Atheists. The American side is of course strongly influenced by the presence of Marissa Torres Langseth. I tried, however, to make contacts and connections to Europe. A very successful and fruitful contact exists to the Belgian humanist, Humanities and Vrijzinnige Vereniging. And during my last visit to Bangkok, I started to build connection with the Thai Atheists. 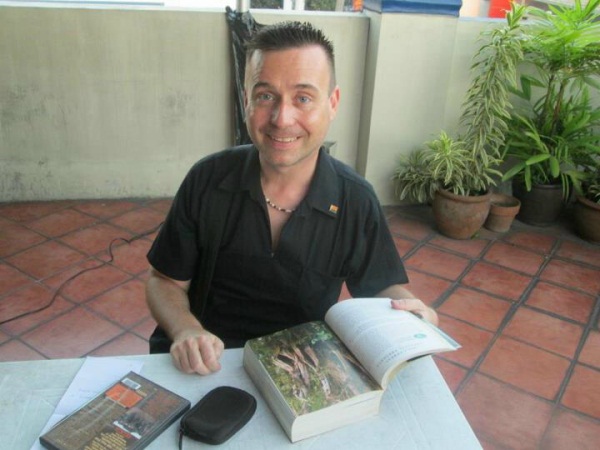 To conclude: As you are from the Philippines, how do you find the debates in Germany and Europe?

What I noticed in the debates in Germany is that on many issues where a representative of the non-religious would be appropriate, none is present. When it comes to secularism, church tax or scandals in the Church, it looks like the media were also affected in Germany and silenced by the government, and non-religious people cannot be happy to voice out their opinions. I also miss the lack of support and direct reference to atheists and humanists in non-European or American countries. Non religion still looks very western.

Thomas, thank you for the interview!

Arik Platzek is the diesseits.de editor and chief of wissenrockt.de. A native of East Berlin, studied law and political science in Greifswald, was a member of the Giordano Bruno Foundation and previously worked as a freelance journalist, including for the Ostsee-Zeitung, the Internet portal hpd.de and TIME Supplement & Christian world. In addition, he directs small businesses with public relations and dealing with new media.